Reports of activity which occurred at a DLWID meeting

City Manager David Hawker and Sar Richards from the Siletz Tribe were present at the DLWID meeting for a special order of business designed to answer questions related to the proposed change in the City’s Rock Creek water right that would all the use of lake water for irrigation of the golf course.  Mr. Hawker prepared a answer sheet in an attempt to address many of the issues.  Follows are the questions that were submitted in advance and the answers provided at the meeting. If your are interested in the water permits held or applied for by each party we have located each and made them available for your review at the following links.

The Devils Lake Water Improvement District held its June board meeting in their offices on Thursday, June 3, 2010.  The meeting was attended by approximately 30 interested parties. The board took no action to change lake levels.

2010-2011 Budget: The budget hearing occurred and only one person made a comment.  The board was asked to reconsider its decision not to update the Devils Lake Plan.  It was suggested that the plan be updated prior to the next budget cycle to establish a consistent set of priorities from year to year.  The 2010-2011 Budget passed unanimously.  There is a more detailed description of the budget in our report on the May Budget Committee meeting.

Lake Level: During the public comment period10 commented on lake level.  Many points were made by the public on this topic. In the past 4 years only 2 homeowners have spoken in favor of lower lake levels.  A petition was presented in 2009 where 21 signed to lower the lake from 10’ to 9’, many who signed that document have subsequently expressed their satisfaction with current lake levels, some were at the meeting and rescinded their signature. Residents have been willing to compromise with last year’s lake lowering and this year’s dam construction delay. Most commenter’s agreed that erosion happens but questioned if summertime lake level is the primary cause, the general consensus was that winter high water and winds have a much greater negative impact. A discussion occurred related to the district’s permit to store 1360 acre feet and the requirement in August and September for the lake inflow to match the outflow. The lake level should fall during the period due to evaporation and bank seepage.  Many asked the district to abandon the proposal to further lower the lake, and look for a solution that would provide a long term; year round solution to the erosion problem.

It then turned to the board discussion on the topic David Skirvin presented in great detail an updated survey that he and Randy Weldon performed by measuring various docks on the lake.

Joe Barnes motioned to leave the lake level at 9’5.3” until a erosion study has been completed and after public comment.  The motion failed from lack of second. The net result was by lack of new motion the lake level will remain at 9’.5.3”.

Siletz Tribe / Lincoln City Water Right: During the public comment period 5 commented on the Siletz Tribe Lincoln City water right.  Generally, commenter’s were concern about what his might do to the lake and what benefit there might be for the lake.  One person Paul Katen from from Salmon-Drift Creek Watershed Council spoke in favor of the Siletz deal indicating that residents need look at this with wide angle lens because when the water runs out on Schooner Creek the City will come to Rock Creek to expand capacity.  The Board decided to invite the city and tribe to the next meeting to make a presentation on the matter.  It was suggested that the meeting be constructed to permit public questioning of the participants.

The Erosion Study RFP: This topic came up several times in the end it appears the first draft of the document was deemed lacking. Areas of the project that should be expanded were discussed but the RFP was tabled until the next meeting.

END_OF_DOCUMENT_TOKEN_TO_BE_REPLACED

The Devils Lake Water Improvement District held its annual budget committee meeting in their offices on Monday, May 10th, 2010.

For a complete description of the presentation made by the Lake Manger see the narrative in the 2010-2011 Proposed Budget.  The discussion that follows is presented by budget section and attempts to capture the discussions of the public, and budget committee. Also described are the proposed actions of the committee.  The next step in the budget process is to publish the modified budget by May 19th followed by a budget hearing and adoption on June 3rd.

END_OF_DOCUMENT_TOKEN_TO_BE_REPLACED

May DLWID Board Meeting Report

The Devils Lake Water Improvement District held its May board meeting in their offices on Thursday, May 6th, 2010.  I was not able to attend this meeting and this account was created through discussions with third parties. 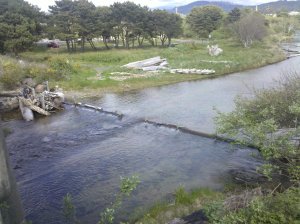 According to the May Manager’s Report “the Lake Contractor installed the most of dam (sic) on April 19, 2010, raising the lake to 9.1.”  Continuing Mr. Robinson states that “through May we will strive to keep the lake at 9.3-9.5’ with pulsing beginning mid month through until (sic) the end of May”.  During the meeting board member, Randy Weldon raised concerns of an unidentified lake resident who felt that their property valuation should be lowered for tax purposes due to the loss of their shoreline due to erosion.  The district discussed whether they might be liable in this situation. This began a discussion related to the lake level resolution passed in the March board meeting.  The discussion continued reiterating the presentation made by David Skirvin during the April board meeting related to 30 water depth measurements taken by himself and Randy Weldon along the Eastern shore of the lake in the mooring slips of docks in an attempt to understand the impact on homeowners of various lake levels.

In recent years during lake level discussions it has been suggested by homeowners that lowering the lake level may impact navigation to their property.   Based on the presentation made at the April board meeting some members of the board felt that their research indicated that the concerns of unusable properties were unfounded.  It was suggested that the lake level set by board resolution in April should be amended to lower the dam to 9’.0” which is 5.3” lower than last year.  The board did not act on this suggestion, however they have decided to vote on the matter in the June board meeting.

The board took some time to review the individual priorities selected in the April board meeting . In the original list, working toward obtaining a permit for limited re-stocking of grass carp was the number one priority.  After discussion, it was decided that this might be too limiting and that the goal should be expanded including the pursuit of grass carp and a review of the Devils Lake Plan. The revised list of 2010-2011 District goals were assigned a priority as follows:

Most of the recent discussion by proponents of lowering the lake level has been justified through the suggestion that the current dam height of 9.53” is causing summer time erosion.  As a result of their discussion on lake level the board authorized a erosion study.  Few details were provided by the board.  We would suggest that an independent contractor with erosion expertise be selected who will design a study that will last at least 12 months to capture all lake levels both those created by the district’s impound activities and those controlled by natural processes.  We would anticipate that this study would be done while the lake is managed to the current height of 9.53”, otherwise you could not determine if that lake level had an impact on erosion.  That said the actual lake level decision will be made at the June board meeting and may not be in line with our suggestions.

There were several other interesting topics on the agenda for the meeting, which are described in detail in the April Managers Report. 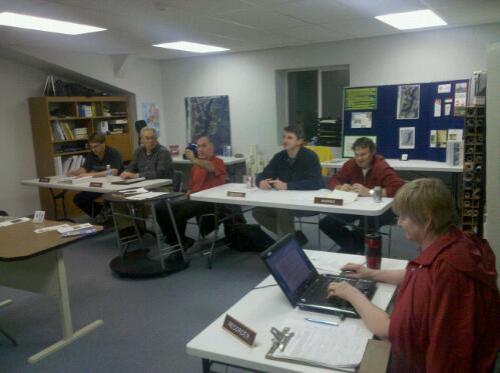 The Devils Lake Water Improvement District held its April board meeting in their offices on Thursday, April 1, 2010.  The meeting was attended by approximately 14 interested parties.

Whole Lake Circulation – The Lake Manager has asked the Board to provide direction as to how they would like to proceed or not proceed regarding the placement of SolarBees on Devils Lake.  After a breif discussion the Board decided to modify the direction previously provided by the resolution made in June 2009. The Board has instructed the Lake Manager by resolution to defer any further actions toward pursuing SolarBees.

Septic Tanks – The board was updated on the status of the program and the results of the most recent meeting with City officials.  At the March 8, City Council meeting, Council voted 4-2 to direct staff to draft a septic system ordinance based on the eight outlined points approved by both Council and DLWID board.  It was stated that it may be a month or more before the City Attorney begins drafting the ordinance.  Once there is an estimate as to the availability of a draft ordinance the District will select a date to have a meeting for public input on the program.

Save Our Shoreline – Seth Lenaerts described the progress that has been made on this project.  He stated that he intends to complete three shoreline restoration demonstration projects, two on St John’s Loop and one on Lake Cove Drive, at 9am, Saturday, April 3. The project will also require the help of volunteers. The event will be held from 9am to 1pm.  If you are interested in volunteering meet Seth at the Neotsu post office at 9am this Saturday.

There were several other interesting topics on the agenda for the meeting. Here’s what transpired. END_OF_DOCUMENT_TOKEN_TO_BE_REPLACED

The Devils Lake Water Improvement District held its March board meeting in their offices on Thursday, March 4, 2010.  The meeting was attended by approximately 30 interested parties.

Septic Tanks – The board was updated on the status of the program and the results of the most recent meeting with City officials.  Following their discussion the board passed a resolution reiterating its support of the creation of a septic program, and requested public involvement in the process. (see related article)

Lake Level – The board heard comments and discussed staff’s suggestion that the dam installation be delayed until June 1st to better accommodate fish migration.  After much discussion, the board passed a resolution to install the dam on the customary date of April 15th but leave the center 8’ section open until June 1st.  The center section will be replaced if lack of rainfall prevents the lake from rising to at least a 9’3” height. Normal operational height of the lake will remain at 9’6” as it was all last summer.

END_OF_DOCUMENT_TOKEN_TO_BE_REPLACED

The February DLWID meeting occurred Monday February 8, 2010.  It was a 4 1/2 hour marathon.   About 20 people attended the meeting.

Lincoln County Sanitarian and his entire crew (2 people) attended the meeting and gave a very informative presentation.  He did indicate that there was a limited impact we could have on the quality of the lake water.  He did not think we would find many failing systems. He further said that even the best systems are going to spill nutrients into the lake because of the water table, rainfall and proximity to the lake.  He said the rainfall alone places many nutrients in the lake. END_OF_DOCUMENT_TOKEN_TO_BE_REPLACED