Sixth Annual Potluck on the Point

Please join us Saturday August 1st at 6:00 pm for our Sixth Annual Potluck on the Point.  Last year was a great success with over seventy residents of Devils Lake in attendance. Come share some great food and fun with your lakeside neighbors.  The get together will be hosted by Mitch and Dana Moore at 2929 NE Loop Drive on Sand Point.

Plan to bring your favorite dish, appetizer, main dish or casserole and join us, with your neighbor and friends for an afternoon of fun. Be sure to mark your calendar today!

On April 9th, 2015, the DLWID Board voted 4-1 to abandon one third of the volume (147 million gallons) and 2 months of the duration of the District’s valuable water right. The Board also voted 4-1 to begin the permitting process for the removal of the D-River dam that is used to exercise that water right. In response to this action the Devils Lake Neighborhood Association filed a Petition for Judicial Review and Complaint for Breach of Fiduciary Duty in Lincoln County court.  The goal of this action was to reverse the board’s action and we are very pleased that we were able to reach a settlement, with DLWID that accomplished our goal. The lawsuit has now been dismissed and our water right has been preserved.  While necessary to protect your interest, this legal action was also expensive with costs in excess of $20,000 which we are currently seeking donations.  You can help by clicking the donate button or mailing a check to DLNA, 2941 NE Loop Drive, Otis, OR 97368

The details of the lawsuit were as follows.

The case existed because of the actions of the DLWID Board on April 9, 2015, specifically their Board Resolution  (Return of Water Right) which read,

“I move that we modify all of our existing water rights and water right certificates and permits so that we are. . . ah . . . entitled to impound to an elevation of 9.0 feet above mean sea level which . . . I. . . ah . . . equates to approximately 998.5 acre feet of storage and impounding water no earlier than June first, and then only if the lake level is below 9.0 msl on June first, otherwise to begin  impoundment by June fifteenth, and impounding water only through October fifteenth at the latest with accommodation of water drawdown in August and September as required by the . . . uh . . . water rights.”

In the lawsuit the DLNA and Mitchell Moore seek the judicial examination and judgment of the court as to the regularity and legality of the District’s actions and to declare one or more of the following. That,

In an effort to resolve the lawsuit without going to the courtroom our strategy was to present a settlement proposal which we felt after the May election would be viewed favorably by the new Board of Directors.  This did occur in the May meeting when the DLWID Board passed the following resolution.

Now, therefore, be it resolved, that:

The Devils Lake Neighborhood Association is proud to announce the Second Annual DLNA fireworks display. The Association is working with Western Fireworks who will come to Devils Lake just prior to the Fort Vancouver fireworks display on the 4th.  Our show will kick off the holiday weekend and be held on Friday July 3rd beginning at 9:30pm last 20-30 minutes and include some very special displays.

This spectacular show will be launched off a barge centrally located on the lake near Brown Bear Park, and will be clearly visible from D River Wayside, Regatta Park and Sand Point Park.

We are gathering donations for this spectacular fireworks show and are looking for Gold, Silver and Bronze sponsors. (Gold $1,000, Silver $500, Bronze $250)  Please contact Max Hanson at [email protected] or with your interest in donating at the sponsor level, or follow this donation link or the button in the sidebar to contribute any other amount for this wonderful show.

Raise Your Patriotic Spirit Prior to the Fireworks 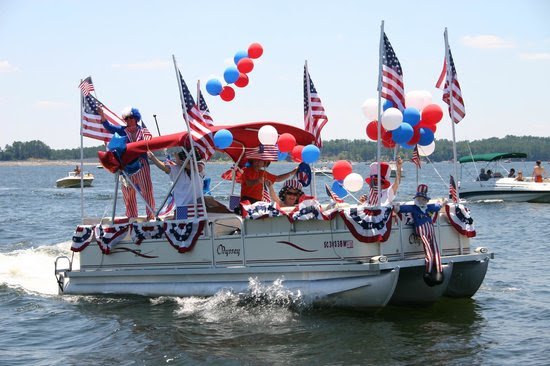 n the past a few lake residents have attempted to get the community in the mood for the upcoming July 4th weekend celebrations a small group of determined boaters took a lap around the lake sporting patriotic decor.  Long time residents on the lake remember 4th of July boat parades drawing large numbers.  We’ve decided to make this a formal annual tradition, so please join us for this fun neighborhood event!

Boat Parade
Date: Friday July 3rd
Time: 7:00 PM
To make the weekend complete the DLNA will be leading a Boat parade on the 3rd of July beginning in front of Regatta Park at 7pm.  Deck you boat with patriotic fare and gather at Regatta Park and take a lap around the lake to celebrate this great country.

Has It Been A Whole Year?

Indeed it has been just over a year since a group of local residents formed a new Oregon 501(c)3 non-profit corporation called the Devils Lake Neighborhood Association (DLNA) with the intention of serving as a voice for the community, surrounding Devils Lake. 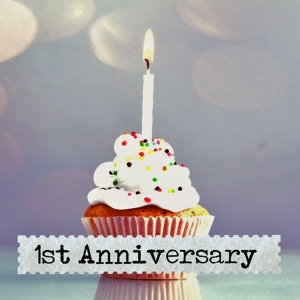 Wow! What a year it has been. Just weeks after our formation the lake erupted in what has since been called the worst blue green algae bloom in our lake’s history. During this past year, the DLNA board has had a representative in attendance at every DLWID board meeting, testifying at most. We have reached out to the City of Lincoln City’s staff, management, Council, and Mayor. Meetings have also occurred between the DLNA and our County Commission and State Representatives. Then of course, there was a very important election; the DLNA as per its bylaws removed itself from what turned out to be quite a contentious battle. Now that it is over we look forward to working with the new board to be seated in early July. Finally, in perhaps our most serious action the DLNA has filed a lawsuit against the DLWID in Lincoln County Circuit Court in hopes of halting the return of the District’s water right approved by the DLWID board in their April meeting.

Just in case you missed the basics, the non-profit DLNA is open to all residents and businesses within its boundaries which are generally defined as all properties bounded by East and West Devils Lake Roads and Highway 101 on each end. (See Area Map). The initial Board of Directors was established in the non-profits formative meeting last year including Joe Barnes (President), Nathan Knott (Vice President), Mitchell Moore (Secretary / Treasurer), Tina French (Director) and Mark Christie (Director).

The primary purpose of the DLNA is to promote communication and education within the neighborhood relating to environmental, social and economic issues which may have an impact upon the life and character of the community. The DLNA will assist its members by providing reasoned input to the City Council, County Commission and associated committees, as well as Devils Lake Water Improvement District (DLWID). We will help residents take more initiative in preserving the integrity and quality of the neighborhood as the DLNA plans, implements, and maintains projects in the Devils Lake neighborhood. The social aspects of the neighborhood will be addressed by organizing block parties, activities, festivals and special events.
We believe that the City, County, DLWID and residents all benefit from increased participation as the effectiveness of government is only measured by the extent that the citizens participate.

The second Annual Meeting of the Devils Lake Neighborhood Association (DLNA) will be held at 10:00AM, on Saturday, June 27, 2015, in the Community Room at the Driftwood Public Library located at 801 U.S. 101 #201, Lincoln City, OR 97367. Come join us and your neighbors for the following purposes:

Please mark your calendar and attend this important meeting. It is a great chance to meet your neighbors and shape the neighborhood’s future. Check our website at dlakeoregon.com for more details.

With 99 percent of the votes counted for the May 19 special election, three candidates running for positions on the Devils Lake Water Improvement District Board — and running under the “Save Devils Lake” slogan — look to have won in a landslide.

The three “Save Devils Lake” candidates all said they’re looking forward to coming together with sitting board members Brian Green and David Skirvin and DLWID Lake Manager Paul Robertson to make some positive change for the lake’s future.

“I think that the board in general, as well as the new elected candidates, have the same goals in mind to make sure the lake is at its best,” Norris said. “It’s just that we all have a different approach to things. I hope to move forward with those different approaches and engage the board in a way we can all cooperate to do some positive things for the lake and its people.”

Sexton said his “first and foremost” goal is to establish a positive direction for the lake’s future.

“In the past we have had some difficulty seeing that positive direction, but hopefully with this new addition to the board we can accomplish that relatively easily with the community’s support,” Sexton said. “It’ll be interesting to see where this will take us from here.”

Ultimately, the new elections to the board — with commanding vote differentials — show that the public is making their voices heard, French said.

It’s now time for the elected officials to listen to their constituents, she said.

“We want to listen to the people, but I feel like the current board wants to exclude the homeowners on Devils Lake from that discussion,” French said. “They should have a voice, and it does need to be considered with the environmental, recreational and economical factors.

“That’s what we all love about Devils Lake,” she said. “It’s a great environmental body of water that provides recreational opportunities and millions of dollars to the community. We have to proceed from here by taking all those things into considerations before we make any decisions.”

All the elected candidates said they plan to get to work cleaning up the algae blooms and sludge from Devils Lake when they take office July 1.