In 2014 the Devils   Lake   Water   Improvement   District, created a Request for Proposal in which it was seeking proposals for   Engineering   Plans   and a general report for a lake-wide, sub-surface aeration/oxidation system for Devils Lake.  The project was designed to address reoccurring Harmful   Algal   Blooms(HABs).   The original Request For Proposal unfortunately resulted in zero responses.  A few vendors commented that the requirement for a guarantee of unobtainable results made the request impossible to accomplish. 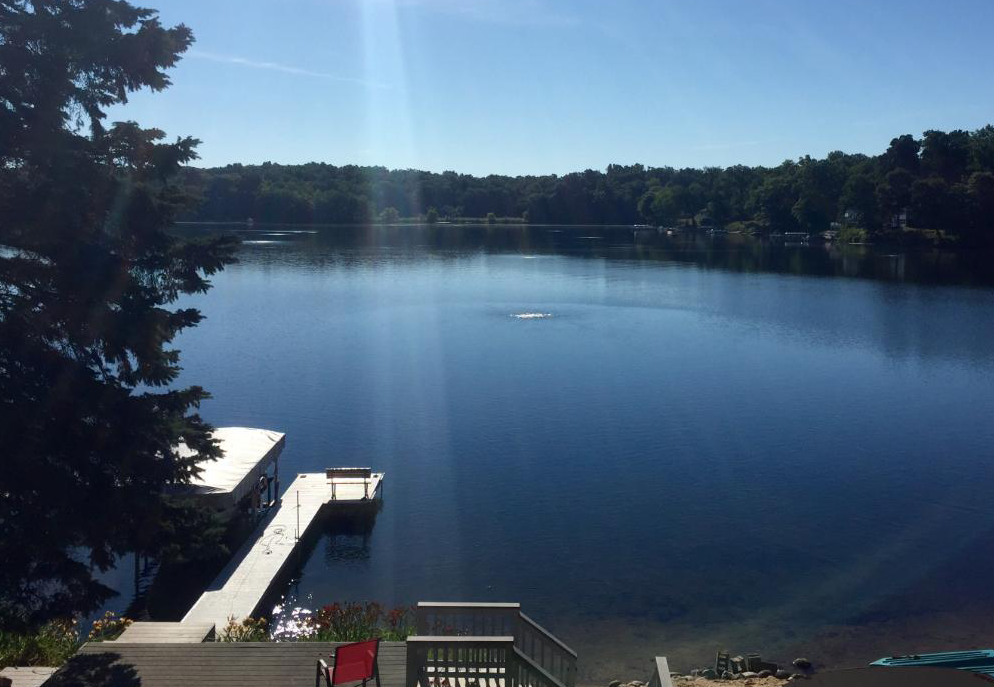 The request for proposal was spit in two, separating the engineering function from the construction function.  The engineering was then put out for a direct bid and eventually a contract was approved with Dr Alex Horne and HBH Consulting Engineers to draft an initial design for a aeration system for Devils Lake. In January of 2017 Dr Horne submitted his second progress report relate to the project.

In the report indicate that initial plans and drawings for various forms of aeration are progressing.  The main options so far proposed for Devils Lake are:

The specific application of any of the three options to Devils Lake depends on the lake bathymetry.  An ideal lake for aeration-mixing-oxygenation is one with mostly steep sides and deep water (> 15 m; 50 feet) with few shallow areas.  Devils Lake is almost the opposite though there are a few deep spots (15-20 feet) in the old river channels.  Thus, a range of options stated above (bullet points) and based on the three main choices was proposed (see charts).

Recently a fourth option has been suggested based on the field data that has been examined so far (surface only), which supports the possibility of summer anoxic bottom waters in Devils Lake being supported by salinity density from the remains winter-spring ocean storm surges.  This may not happen every year and salty bottom water may or may not carry over from year to year.  If salinity is confirmed as being responsible for the density stability, a less expensive aeration project can be considered.  The removal of similar salty pockets that become anoxic is a specialty of sub-consultants Flow-through and Laguna Science who have successfully eliminated this problem in water bodies of the same size as Devils Lake.  For this reason, a more direct measurement in summer 2017 is being suggested.

During the Summer of 2016 members of the Devils Lake Neighborhood Association privately purchased several AirStream jet aeration systems and deployed them in a few canals on the lake.  They reported promising results.  We know that any lake-wide aerations system will have difficulty having an impact in the shallower waters along the shore of much of our lake.  In February 2017 Lake Savers presented a proposal for piloting one of the larger AirStream Pro units during the 2017 Season. 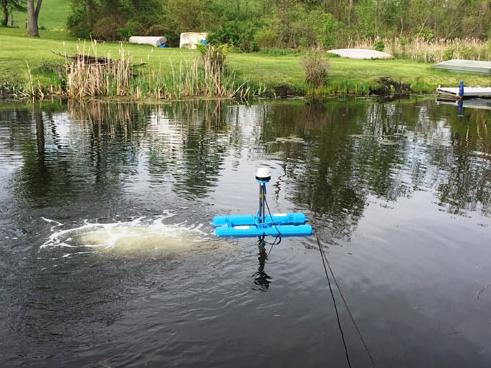 The company is really excited about the potential their technologies have for Devils Lake. According to Lake Savers, Devils Lake has experienced positive results from the deployment of small AirStream Pro units in shallow, near-shore areas of the lake.  These units offer individual lake-front property owners the ability to circulate and aerate areas around their shoreline to reduce stagnation, algae build-up and growth and most importantly, bio-degrade organic “muck” on the bottom in shallow areas where diffuser-based aeration is less efficient and effective. Larger, commercial grade AirStream Pro units are available. These units offer increased reliability and significantly higher circulation and aeration rates than the smaller units.

Based on requests from members of the Devils Lake Community, Lake Savers will support a trial or pilot installation of a Commercial Grade AirStream Pro 20.15 Unit in 2017. This offer was presented to the DLWID Board in March which approved the trial.

Members of the Devils Lake Neighborhood Association have been actively participating in the project through Special Projects / Events and Communications Committee in conjunction with our members in the Save our Shoreline and Water Monitoring Committee. These groups were engaged throughout the 2016 season and have been making plans for the coming season.