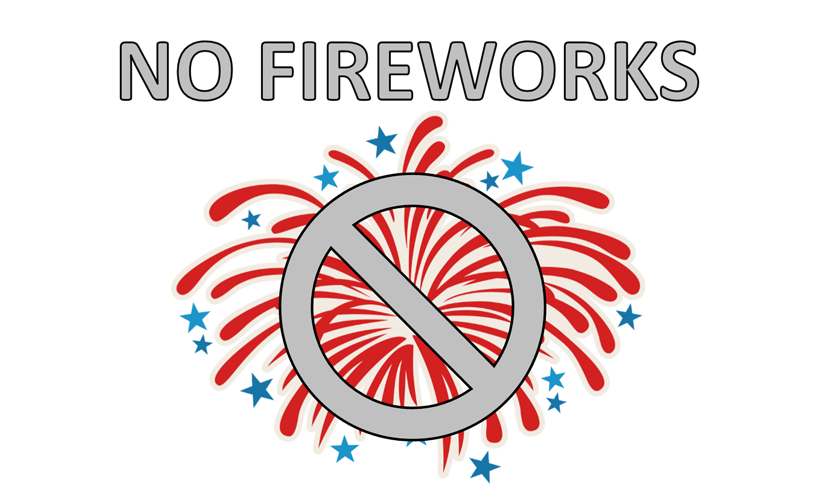 So what went on with the fireworks and Regatta Park this July 3rd.  Social media and my email inbox have seen a few critical comments and several untrue statements.  So rather than let this fester I thought I would provide a few answers, right from the source, the Devils Lake Neighborhood Association.

To begin with, the fireworks display was moved on purpose to avoid the use of Regatta Park by the public who might gather to watch the show.  Last year the Association cancelled the show because it would violate the outdoor gathering size due to the Covid-19 pandemic.  This year the planning and more importantly the permitting for the show was done last August when strict limits to crowd sizes still existed.  During the past year gatherings were limited to as little as 10 people.  The primary reason the required permits were granted during these more restrictive times was because the show would not draw a large crowd in a public park.

Fast forward to this past week and the restrictions had been removed, just days before the show. That did not change the fact that our permit and permissions were for the new site that excluded Regatta Park so that is where the fireworks barge was required to be located.  That is the simple explanation of why the show was relocated from where it was two years ago.

That leaves us with the communication related to the show.  Our website did not include Regatta Park as a viewing location, we listed Brown Bear State Park, across from Regatta and Sandpoint Park. We did reach out to local newspapers about the show but we were not explicit enough about the fact that Regatta Park would not be a good location.  We also may have sent these press releases too early and unfortunately some sources fell back to historic information and published Regatta Park as a viewing site.  That was a case of poor communication on my part and I would like to personally apologize for the error. To those that were in Regatta Park, I am truly sorry that your evening was impacted by this.

Looking forward I want to let you know that there are other logistic factors that govern the location of this event and it is possible the display will not be visible from Regatta Park next year.  The final location of the 2022 show will soon be selected and I promise we will make a more determined effort to have all the information related to it indicate properly where the show can be viewed.

I would like to take a moment to focus on a few positive aspects of the 2021 show.  First, this is all done by a very small group of volunteers and I would like to thank the three other individuals who helped with the effort.  Second, I would like to recognize the sixty-five homeowners who thus far have donated $14,000 to pay for the show.  This event does not use public funds.  Finally, the reason we have the fireworks show is to reduce the amount of illegal fireworks that are shot off around the lake and prevent the associated garbage from sinking to the bottom each year.  The show has been a great success on that accord.