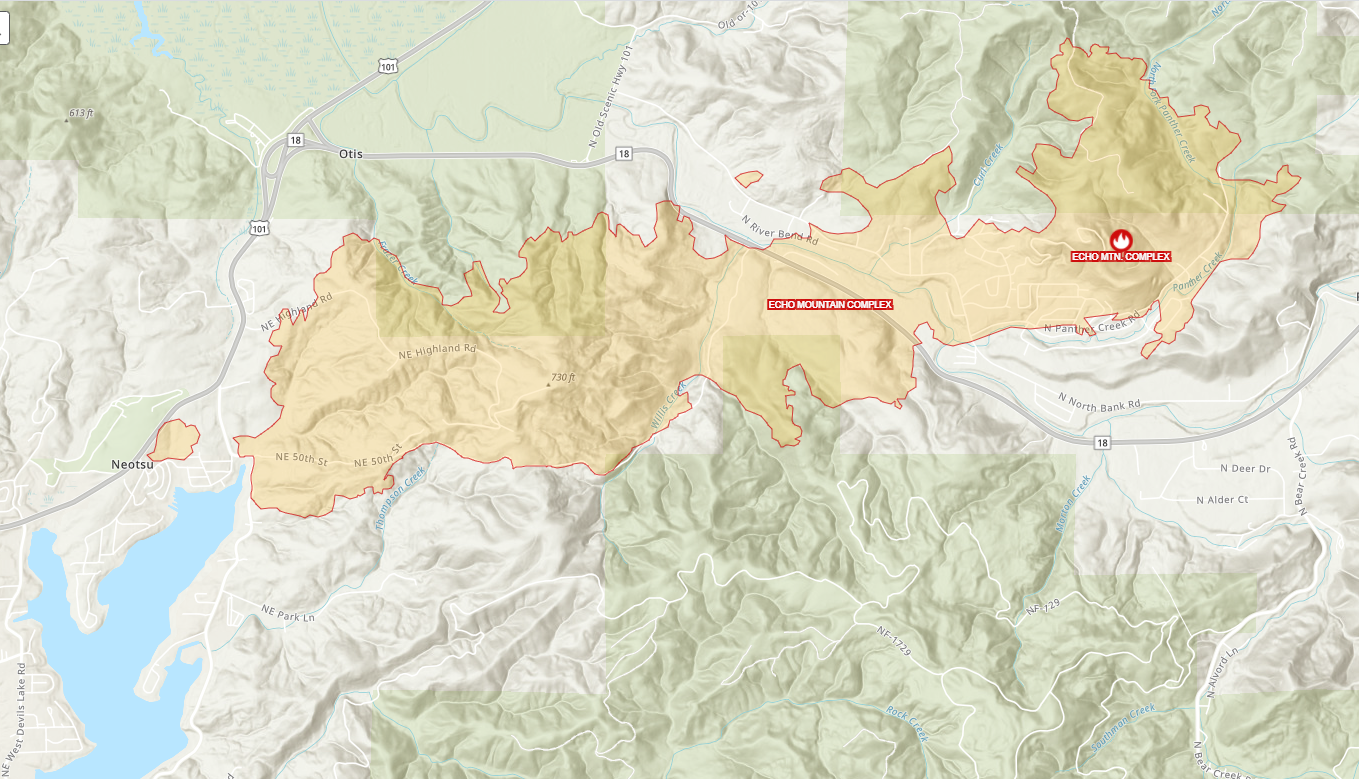 What a wild few days it has been.  The entirety of our neighborhood was put under some sort of evacuation order.  Portions of the West side of the lake were put at Level 2 and the balance of us were given the “Go Now” order.  Currently all of the East side and Neotsu remain under a Level 2 designation.

It remains to be verified but it appears that no homes were lost due to fire in the Devils Lake neighborhood.  The fire made it to the shores of Devils Lake in Horseshoe Bay, burning a vacant lot but sparing the houses on either side.  Embers spark a couple of fires at the East end of Neotsu Dr torching an arborvitae hedge as well as one tree which fell into the road rather than the nearby house.

Sadly, the fire’s western boundary pushed its way right to the edge of the neighborhood near NE 50th and East Devils Lake Drive (EDLD). The homes on NE 50th and NE Highland Rd have substantial damage or are a complete loss.  The carnage you see now on EDLD pales by what you will find just up the hill.

This is the latest information on the Echo Mountain Fire Complex as of this morning, according to a report from Clackamas County Commissioner Clair Elizabeth Hall.

Firefighters are taking advantage of the cooler weather and making progress in building fire line around the perimeters. The fire has not experienced significant growth in the last 48 hours.

The Kimberling Fire, east of Rose Lodge, has a fire line around the perimeter and hose lays are in progress. Mop-up is planned to commence later today. Mop-up activities consist of digging up hot spots using hand tools and following with water. It is tedious work that could take days before the fire is considered out.

The larger portion of fire near Otis, crews are working to establish fire breaks using hand crews in steeper areas and dozers to re-open roads for control lines. The majority of the fire perimeter does not have control lines established yet.

Michael Curran, ODF District Forester, asks for the public’s patience and understanding of the road closures. “Until hazard trees are removed, repairs to the power lines are made and structure assessment completed, portions of the fire (area)  will remain closed to the public for the fire fighters ”safety” he stated today.

For the latest information visit: