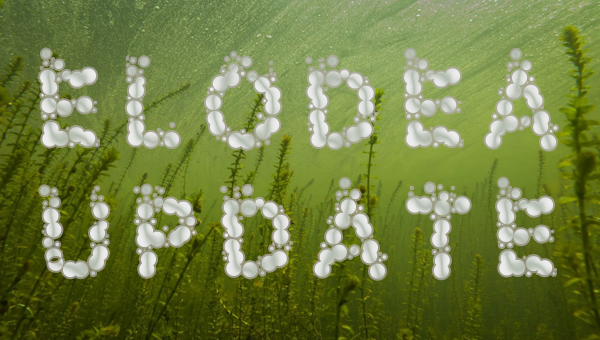 My apologies for the many updates but these are important times for Devil's Lake. So here's the latest. The Devil's Lake Water Improvement District (DLWID) has been invited to appear at the Oregon Department of Fish and Wildlife (ODF&W) Commission meeting in Salem on August 5th. We don't know if our topic is on their agenda but we do know they have invited DLWID to be at the meeting. It is important for DLWID to be listed on the agenda as it is a requirement for the Commission to take action. DLWID has requested approval of their 2013 application for an exception as permitted by their administrative rules allowing the restocking of sterile grass carp in Devils Lake.

In the meantime the Devil's Lake Neighborhood Association (DLNA) has forwarded a letter to DLWID. In the letter DLNA supports DLWID’s three-part approach to addressing the Elodea problem including herbicide application, weed removal (by hand and/or harvester), and sterilized grass carp. We requested DLWID petition the Director of ODF&W to place approval of the 2013 exception application on the August 5, 2022 agenda.  You can read the entire letter at this link.

The letter mentions our committee, specifically the DLNA Weeds Workgroup which is composed of six individuals from our community; Mitchell Moore, Laura Lesher, Susan Elworth, Bryan O'Doherty, Dan Harmond, Bill Hagmaier and Tina French representing the DLWID Board. This workgroup has been very active in analyzing the problem, reviewing the proposed solution, and creating the messaging that you all have been using to communicate to decision makers about this crisis.  The committee has been working on many other aspects of the issue but we will save that for another article.

I am writing you today on behalf of the members of the Devils Lake Neighborhood Association (DLNA) which serves as a voice for the community, surrounding Devils Lake. Devils Lake is a 720 acre pristine natural public lake adjacent to Lincoln City, Oregon, which drains to the ocean through the short D River.  The lake’s water quality is managed by the Devils Lake Water Improvement District (DLWID), which is comprised of approximately 11,000 citizens.

In 2013, DWLID submitted an application to ODF&W, requesting that the Commission approve the re-introduction of grass carp into the lake through the exception process outlined in OAR 635-056-0075(1)(a)(O).  This letter is in support of that application which, to date, has not been ruled on by the Commission. Action by the Commission is immediately necessary as Devils Lake is now in immediate danger of becoming unusable and inaccessible to the plentiful wildlife which rely upon the lake for its habitat, along with the thousands of people who regularly use the lake for recreation.

Since last year, the lake has been overrun with an invasive water grass species called Elodea.  It is a thick, dense water weed that quickly overtakes lakes, making them non-navigable, and depleting them of dissolved oxygen.  If this weed is not quickly controlled, Devils Lake will become an environmental catastrophe.  Some examples of the impacts are:

Additionally, for years, the lake has provided family recreation of all kinds to the citizens of Oregon – including boating, fishing, waterskiing, and swimming – and has 6 governmentally managed public-access parks and boat launches. Devils Lake has now become practically unusable by Oregonians.  Disappearance of recreation on Devils Lake will have a dire economic impact on Lincoln County, as visitors and tourists will take their dollars elsewhere. Additionally, property values near the lake will plummet, resulting in reduced property tax revenue to local schools and county governments.  But even more importantly is the real danger that the density of Elodea presents to the public; it easily imperils swimmers, boats and other watercraft.

In early July of this year, the DLNA held a public meeting which approximately 150 people attended.  The consensus at the meeting and in other comments that the DLNA has received from its members, is that there is unanimous support for the reintroduction of grass carp into Devils Lake.

Following that meeting, the DLNA formed a committee of owners of properties within the DLWID’s boundaries to develop strategies and recommendations to address the risks, impacts and challenges surrounding the Elodea growth in Devils Lake.  The committee supports a three-part approach by DLWID to addressing Elodea including herbicide application, weed removal (by hand and/or harvester), and sterilized grass carp.  This three-part approach will be a multi-year, long-term effort.  DLNA is committed to supporting the DLWID in its efforts to eradicate elodea from Devils Lake.

DLNA members were asked to make donations to fund a trial weed harvester on the lake this summer. Within less than 2 weeks, some 180 homes donated to this effort.  The purpose of the trial is to gain experience in the dynamics of weed harvesting and to quantify the rate of removal and volume of material removed.  While harvesting can remove some of the root system of Elodea, its purpose is mostly to ensure that other measures (such as herbicide application) are effective.  Additionally, DLWID has completed three applications of Fluridone (an aquatic herbicide) to parts of the lake as a trial. These applications, which were done at varying strengths, have had mixed results.  Without the introduction of grass carp, it is DLNA’s belief that these other actions will not succeed in saving Devils Lake.

That belief is supported by history. In the 1980s, ODF&W authorized the introduction of sterile grass carp in Devils Lake to control invasive plants and weeds, which had made the lake un-navigable.  The plan was a huge success, and the carp removed most invasive weeds within a few years.  The original sterilized grass carp are now past their life span and have died off, and invasive weeds have returned.

How Can You Help?

While Oregon Administrative Rule 635-056-0075(1)(a)(B) currently limits the use of grass carp to lakes smaller than 10 acres, OAR 635-056-0075(1)(a)(O) gives the Commission the authority to grant an exception to that rule.  The DLNA requests that you immediately approve DLWID’s 2013 application for such an exception, thus allowing the reintroduction of sterile grass carp into Devils Lake. The situation is urgent; timely actions must be taken to prevent this invasion from causing the terrible consequences outlined above.

Additionally, if you or any of the Commissioners would like to visit Devils Like to see this crisis first-hand, please contact us.  We would be happy to coordinate a tour.